Donald Trump cannot win again. He will continue to fail Americans in EVERY conceivable way. From 2016, through the election, for the past four years, he’s done everything to harm the most vulnerable populations, while simultaneously putting money in his pocket (and money in the hands of his most generous donors). If the past five months have taught us anything, it’s that Donald Trump does not care about the American people in any shape or form. Nearly 170,000 people have DIED because of his ineptitude. I can’t believe I have to make this argument on the internet, but here we are.

And only recently did he take action to skew the election in his favor by appointing one of his largest donors Louis DeJoy as Postmaster General of the USPS, who has already seen to delaying mail, removing sorting machines, and removing executive level operations employees. In a year of a pandemic, when voting by mail MAKES THE MOST SENSE, is a VIABLE OPTION, and has been a successful measure of democracy since the CIVIL WAR, he’s taking it away. Punishing the USPS employees, and running it into the ground. Guess who this affects most? Not me as an able-bodied white lady (my most pressing mail problem right now is where my new debit card is…), but the most vulnerable, who rely on the post office for medications or for valid reasons can’t go to the voting booth on November 3!

Please call your reps! Or text “USPS” to Resistbot at 504-09 to send an open letter to your representatives.

It’s been FIVE MONTHS of this nonsense!! I’m tired of failed leadership.

Josh tested positive for COVID-19 antibodies in June. He had all the symptoms of COVID when he went to the Urgent Care in early April, but wasn’t able to get tested at that time. It wasn’t until we got the tests after we attended BLM marches that we found out about the antibodies. (BTW, we did not get coronavirus from attending the marches.) I tested negative for both antibody and coronavirus. This week we learned that our neighborhood is seeing a spike in cases (once again, who are the most vulnerable here: the essential immigrant workers). We’ve been reluctant to leave the apartment all this time. I did go to my OB-GYN for a follow up in late June and I left the apartment again in late July to meet my friend in a socially-distanced, mask wearing meet-up. We will occasionally go for walks. We are still getting grocery delivery. Only now we’re sweating it out in the comfort of our own home because we have one AC.

But isn’t NYC in Phase 4 of reopening? Shouldn’t we be “getting out there”? LOL NOPE. It’s ironic(?) that Josh finds out that he was positive for antibodies, then a couple weeks later gets a call from his former employer asking him to come back for “orientation,” which he declines because he doesn’t feel its safe to go back to work. Then the next day, Governor Cuomo declares that indoor dining is prohibited. So what job would Josh be returning to exactly? Outdoor dining, where he’s wearing a mask? Making pennies, at risk for the very virus he already had? But this means that he’s no longer eligible for unemployment because he declined to return to work–that paltry offer of “orientation” was apparently a job offer (*side eye*).

Well, we saved some money during this time. Those $600 weekly payments did not go to waste. I thankfully, have also been able to keep my job. There were no layoffs after the end of my company’s fiscal year, so that is a relief for now. Josh is searching for a new job in a different industry. We’re going to be fine financially. I’m writing a separate blog post about building up our emergency fund in an emergency.

Emotionally, we’re all over the place. We’re seeing the federal government fail to contain the virus, thousands of people die, protests sweep the nation (rightfully, in case I wasn’t clear on this), job loss, anxiety, we’re trapped in our own home essentially, with only thoughts of moving away! We’re taking it day by day, but it is incredibly stressful.

In fact, let’s check in with the few positives that are going on in our lives.

There’s also positives in the world around us regarding the #BlackLivesMatter movement. Positive changes that have happened because of protesting:

But personally, I’m also more aware of how I live in the world so I want to make some changes to how I write my blog. It’s important to me that I advocate for people BIPOC. For too long, I’ve let my silence fill a room with inaction. It is my problem to advocate for issues in the BIPOC communities. It’s part of dismantling white supremacist thoughts and actions (or inaction, as the case may be to maintain the status quo). Protests are not over, racism isn’t over, and white people have a lot of work to do.

In order to be a better ally I’ll be featuring more links to BIPOC owned businesses. I’ll be sharing more info on race and racial disparity in blog posts on topics I care about. I’ll be updating some of my previous posts that need updating. I’ll be talking about news that unfairly impacts BIPOC. Basically, I’ll be using my voice here to be a little louder for the people who have been marginalized by society.

Some joys I found this week:

1 The Michelle Obama Podcast: A voice of reason and humanity in these uncertain times!

2. Watching Trollhunters: Tales of Arcadia on Netflix. This show has a stellar cast (RIP Anton Yelchin), was created by Guillermo del Toro, and has the best friendship storyline between two side characters that makes my heart melt!!

3. Buying a steam mop (one of my best quarantine purchases).

4. Reading One Hundred Thousand Kingdoms by N.K. Jemisin. I’ve been a fan of the author for a long time after reading The Broken Earth Series. This novel is her debut and there is no doubt what a talent she has. I’ve already ordered the rest of the series! 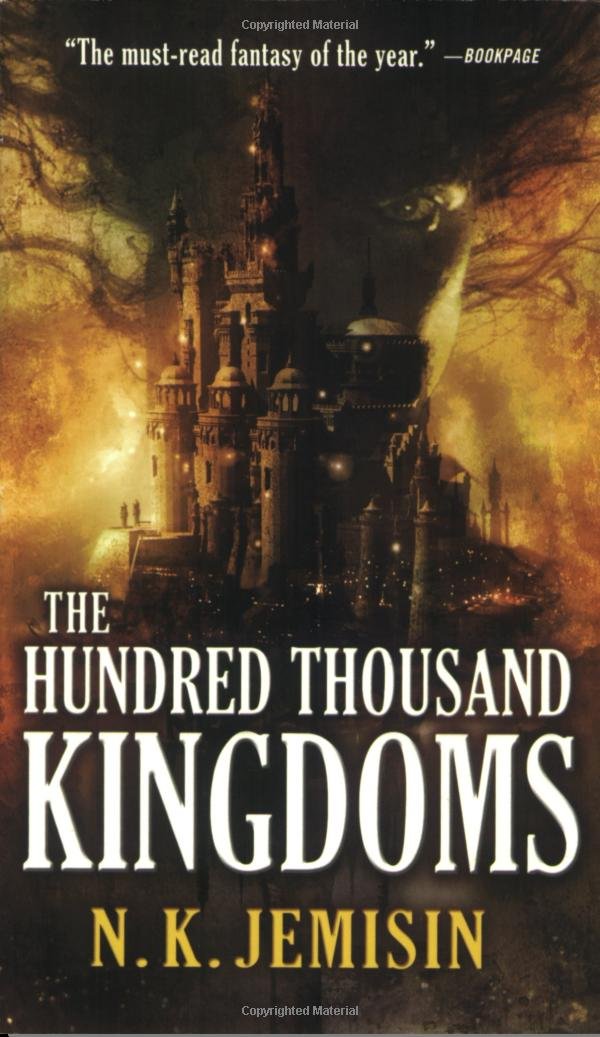 That’s all the updates I have for today. Take care of each other.