I can’t believe how fast this trip is going! I love the rush of going from place to place, but I see the end of the trip coming up! Eeek! Our ten day trip so far has taken us to Paris, Florence, and Rome!

We intentionally chose to go to Ireland on St. Patrick’s Day because we were already trying to see as much as we could and what better way to do that than the party day! We embraced our full-on tourist mode. It was a time to let loose! The only thing we had scheduled was a Distillery Tour at Jameson, and the remainder of the day was for fun!

When we were booking our trip we ended up having to splurge on one night in a hotel because all the Airbnbs in the area were booked! This was 6-months in advance of St. Patrick’s Day. It’s no joke! The hotel we stayed at was The Address at Dublin 1, which was not exactly in the center of town, but was a reasonable walking distance from what we wanted to do (about a 30 minute walk from Jameson, 20 minute walk from Temple Bar). It was a modern and luxurious hotel. The room was decked out

with the latest technology, the king-sized bed was so nice, and the amenities were really nice, too. Overall, we had a good experience there. We booked the room through Norwegian Air to get a discount since we had bought our tickets to and from the U.S. through Norwegian.

We spent less than 24 hours in Dublin so when we arrived at the hotel, we grabbed lunch really quickly at the restaurant in the hotel, then called a cab to take us to the Jameson Distillery. We made it with 5 minutes to spare from the start of the tour!

We learned about the process of making whiskey, how to tell the difference between Irish (thrice distilled), Scottish (twice distilled), and American (once distilled) whiskeys, and the history of the company and the building itself. Fun fact, the whiskey that is made in Ireland can’t be shipped to the U.S., so the whiskey that we buy in the States is made in the U.S. with the same methods. We also learned when the business was open on these grounds there was a house cat who lived in the building! An homage was made to the cat in the bar area that we immediately search for upon the end of the tour. The tour ticket also included a drink at the downstairs bar, where I taste my first whiskey ginger! YUM!

From the Jameson Distillery, we went to The Brazen Head, the oldest bar in Ireland. As you can imagine, it was quite packed. We ordered some Guinness beer (not that bad, says the non-beer drinker–me). While we were there we met some French tourists and Josh finally got a chance to practice his French (they also spoke English so it wasn’t all awkward!). After finishing our drinks we moved on to Temple Bar area. It was crowded, but we had been warned that people would just be vomiting and passed out on the streets, but that was definitely an exaggeration. Perhaps it was too early in the night? I’m not sure. Josh looked up the bar, Quay’s, and we at at the restaurant upstairs. Can I just say that Ireland knocked it out of the park with vegetarian versions of traditional meals. I loved the fried mushrooms at Quay’s, and they had a lot of options for vegetarians there, too.

After Quay’s we walked by Trinity College. I was disappointed that this visit we weren’t able to visit the library, but maybe next time! We visited the Molly Malone Statue and touched the boobs for good luck (notice the discoloration haha). Josh was texting a friend that he knew here who was performing at another bar. We went there and got to see him perform a couple of songs. We left when the set ended. By this time we were pretty exhausted, but happy, so we walked to our hotel and took green-tinged photos on the hotel’s rooftop. 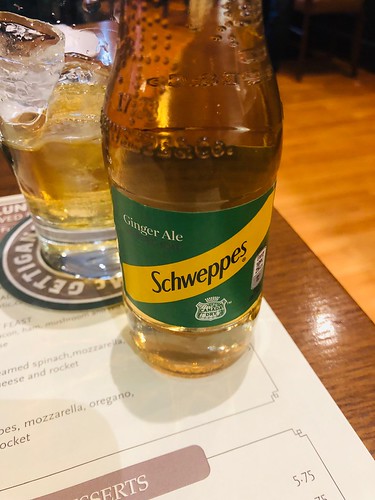 What can I say about this day? It was a surprise from start to finish. Josh had said I should wear something nice and I assumed it had to do with a plan once we landed in London (where we were supposed to go this day). I ended up bringing a sweater dress and wearing it this day since I didn’t know what we were going to do.

Despite the previous night’s activities, we still managed to leave the hotel at 6:30am. We took a cab to the airport, but instead of catching a flight, Josh directed the cab driver to take us to the car rental. At this point I knew something was not quite going to plan, but Josh had planned everything.

We rented a car and he finally told me we were driving to Galway, a city on the western side of Ireland. I was so terrified. This wasn’t part of the plan! So much of my anxiety was tied in the unknown. How do we drive on the other side of the road? how do we get there? what are we doing? what about our flight? Josh tried to reassure me that it was just a birthday surprise (since my birthday was the day before we left), but I really had a hard time buying it. Our data wasn’t working on our phones so we navigated our way with a regular paper map. It was thrilling, but also so scary. I had mentally prepared myself to do certain things and put in place certainties to make sure the trip was successful. This was so stressful! I’m surprised Josh went through with it because of how I was acting! But, because he knows me so well, anticipated that I would be anxious and led me through the day.

The road trip was two hours. Josh made a romantic playlist for us to listen to. I should have known here that this was supposed to be a BIG DEAL type of day, but I just thought it was sweet. Josh had specifically told me that he wasn’t going to propose on the trip for various reasons and I believed him! We made it to Galway, sorted out our phone data situation, and I felt much better about being there than when we left. The Irish countryside is beautiful–so green!!

Josh had planned to do certain things when we arrived, but because it was a bank holiday, something he hadn’t anticipated, many of the restaurants and shops were closed or opening later. We had breakfast at a place that was open (lol), and I had a vegetarian Irish breakfast that replaced the meat with mushrooms. I was very pleased with this meal! At this point I also had a chance to freshen up my makeup since I was such a hot mess on our way over.

Galway was such a quaint little town. I loved seeing all the shops and the square. It was kind of rainy and cold, but our arrival weather wasn’t that bad. I still didn’t understand why I had to dress up if it was so cold! (At this point I’d been wearing two shirts a day so this dress and tights combo provided no warmth for me.)

Josh’s plan was to take me to the first Claddagh jewlery, T. Dillon & Sons, store since I wear my Claddagh ring every single day and it’s come to represent our relationship. I wasn’t sure what was intended here, but we didn’t buy anything there even though they sold other jewelry there. It was neat to see the different molds and designs over time and for different clients. I liked knowing the history behind the ring that I wear everyday.

Next we walked around the pier, but the weather was taking a turn for the worse. It was raining more heavily and I was SO COLD. We walked back to the Galway City Museum and grabbed some tea in the cafe attached to it. So when he suggested we take a tripod picture with our camera, I was a bit hesitant because I was cold and I didn’t want to take pictures with so many people walking around. He set up the tripod anyway. I was so cranky! He asked a nearby person to press the button on the camera and came over to me and asked him to marry him. It wasn’t until that moment that I realized what was going on.

It was romantic and unexpected. The random guy who was tasked with pressing our camera button was actually a photographer he hired for the day. I just had no idea what was going on and he kept this secret so well! Our photographer was Noah Buffini Higgs. He is friends with Josh’s Dublin musician friend we met the previous day. He shoots on film so we had to wait a couple of days before we could get digitized photos. We started walking around the area and found so sweet spots to take pictures, like the pier, a driveway, and along the quaint streets. It was so overwhelming! I was still freezing so as the shoot went on I started keeping my coat on to protect from the wind and the rain.

I’m so glad that Josh hired the photographer and we have these memories!

The day wasn’t over yet. We left Galway around 1pm to drive back to Dublin to catch our (now) later flight to London. Thankfully, the return trip was smooth sailing and we were able to catch the flight to London with no problems. We arrived in London around 6 or 7. And we took a taxi (a mistake!) from the airport to our London Airbnb. More details in tomorrow’s post! 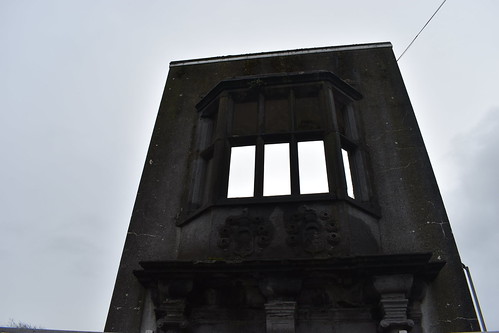