Finally, our travel diary is happening! We planned our anniversary trip for March, where the flights were cheap because it was the off season! Our whole trip was 10 days!

We decided because we were going to be transferring between so many cities we didn’t want to check our bags, so we just used a carry-on suitcase and backpack for each of us. This was a challenge, but overall it was worth it.

Our flight was through Norwegian Air. We left an hour late because the plane was parked in the tarmac and they had to bus all of us to the plane. It was kind of a mess!

Our arrival from NY was around 11am. We took the commuter rail and transferred to the metro to get to our Airbnb in the 2nd Arrondissement. We stayed in a studio size Airbnb. It was tiny, but we didn’t really want to spend a lot, nor did we need the space, but when I say tiny, it was very tiny. This space was in an apartment building on the 4th floor walk up, which definitely added to our daily step count. After dropping off our luggage and refreshing ourselves from the flight, we grabbed a quick lunch at a cafe, then walked around the area. We stopped at Les Halles, a big shopping area to get Starbucks (much needed to fight jet lag!), then continued our walk along Boulevard de Sebastapol. This took us past Tour Saint Jacques and the Supreme Court. The Supreme Court Building is on the same island as Notre Dame Cathedral, called Ile de la Cité, but we decided to go to Notre Dame the next day. Our plan for this day was to walk to the Luxembourg Gardens, but they closed by the time we got to them (dusk). We did walk by the Panthéon, which was a gorgeous building. We ended up eating dinner at a place off Boulevard Saint Michel, then walking back to the apartment. We walked back the way we came and took some night pictures of the Eiffel Tower, Notre Dame, and the Fontaine du Châtelet. I did get a couple of blisters from breaking in new shoes so that haunted me for the rest of  the trip.

Click through below to see all the photos from Day 1! 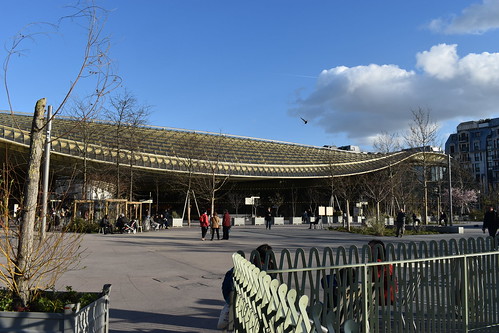 We bought tickets to the Eiffel Tower before we left, so that morning we left early for breakfast at Boneshaker Doughnuts. They were amazing! And super close to our apartment. We took the metro to the Eiffel Tower. We bought a booklet of tickets for ~20 Euro, and that lasted us for the few days that we were there.

The Eiffel Tower was amazing! The grounds were a bit sparse because it was still off-peak tourist season. That also meant that the line to get in was pretty short. I loved going all the way to the top. The view was incredible because it was such a clear day. We bought tickets to go all the way to the top, so after the elevator to the main viewing platform, you can take a second, more cramped, ride to the summit to see more. It was a bit windy! But wow, what an experience!

We walked across the river to Trocadéro Gardens and took a few pictures with our tripod set up.

From there, we walked toward Champs-Élysées  because we were looking for the metro station, since the closest one was closed for construction. We stopped by Passerelle Debilly, which is a footbridge with love locks on it! Super cute! We finally grabbed the RER train at Pont des Invalides, and made our way to the opposite side of Paris to see Notre Dame.

By this time we were really hungry. When we finally got to our destination, we jumped into the first cafe we could find called Le Soleil d’Or, which was like a diner. We kind of splurged on lunch with a glass of wine and dessert. 🙂

Our next stop was Notre Dame Cathedral. We met up with a free English-speaking tour. I can’t say how grateful I am that we were there at the time. It was so lucky that we missed the fire.

It was fascinating to learn more about the structure of the building, how old it is, how it compares to other Cathedrals, how the windows were created, how it’s updated since it was built. That big picture really helped me to understand the history and importance of such a landmark. In the picture with our feet we’re standing in the center of Paris, Point zéro des routes de France.

Our mission to see Luxembourg Gardens was still active so after Notre Dame, we walked across the river to quickly see Shakespeare and Company, the famous bookstore. It was very charming and I’m glad we went to see the place so many famous writers have been.

I know if we’re ever in Paris during spring we’ll have to see this place again. I loved walking around the gardens and could imagine us making a picnic or people watching with all the greenery. Our day was a bit windy and dusty so all the statues and architecture didn’t really have the same impact on me as it would have another day. It was still pretty amazing to see that the Statue of Liberty was modeled after a statue in this garden!

Though it was threatening rain, we still wanted to see more of Paris. I suggested we walk to Ladurée for macrons. We ended up getting more than just macrons, but honestly we weren’t seeing that many pastry shops on our walk so we wanted to grab other little things, like eclairs or mille-feuille.

For dinner, we went to a place I saw on Instagram called Maison Sauvage. Honestly, the food was good, but I think it would have been a better place to go for brunch.  It started to rain by this point so we were glad for the shelter.

Once the rain let up, we walked back to the apartment to eat the desserts we bought!

Click through below to see all the photos from Day 2! 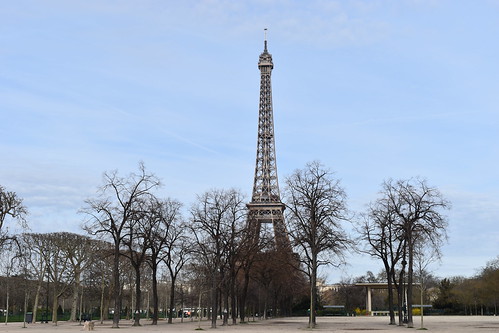 Our final day in Paris was mostly spent at the Louvre Museum! We had breakfast at the cafe near the museum, Le Café Marly. We were on a mission for a petite dejuner, with coffee, orange juice, pastries, and toast and jam. So delicious! The glass pyramid is so striking against the historical architecture of the museum around it! I didn’t realize how big the museum was, it was easy to lose track of time in all the exhibits. I liked seeing all the Greek and Roman statues, the oil paintings, and the recreated rooms from former kings. All of it was amazing. It reminded me a lot of the Metropolitan Museum of Art in terms of each exhibit and the art available to see. But the major difference is what everyone comes to see: the Mona Lisa, located in its own room.  It’s in a glass case, hung on a wall that is just a room divider, there’s a wood barrier around the painting so people don’t get too close, but even then, it’s tourists and school children squished against it to try and get a good look. It’s all a bit hectic. The rest of the museum was stunning, even the interior design and painted ceilings were gorgeous. We were not disappointed by our visit at all. If you buy tickets ahead of time on the Louvre website you’ll get a discount.

Next we wanted to walk somewhere to get food. We pulled up Google Maps, decided on a good place for lunch, but when we got there the menu was different than online. So we kept walking. We did see Le Village Royal, which is just a road with high-end shops, but it had this umbrella installation that was so beautiful! #doitforthegram So we kept walking toward our next destination, essentially through the 8th Arrondissement, and eventually found a reasonably priced deli-like restaurant that served pizza, it was one of the only places where people there didn’t speak English. I loved being in Paris because it was a very English-friendly city, but I liked the challenge of learning the language and how to better communicate.

After lunch, we finished our walk to the Arc di Triomphe.  We took the long way, so to speak! So hard to put into words how massive this structure is. People can pay to go inside, but it’s free to walk around outside of it. Since we’d already seen Paris from one vantage point, we didn’t really want to go inside this, but also it was super windy and chilly so it would have been difficult to enjoy. I did like that there was a tunnel to get from the sidewalk to the center of the roundabout without having to cross traffic, I didn’t realize that it existed until we got there! The monument is in honor of those who died for France in the Revolutionary and Nepoleonic Wars. This was our longest walking day. So we took the metro back to our apartment and took a minute to refresh. We decided to have dinner at this nice place called Frenchie, but we actually ate at the wine bar directly across the street rather than the restaurant itself. The reason for this is that the wine bar had a set menu, but the restaurant’s menu changed daily. The vibe was kind of casual, they played a lot of 90s hip-hop and random American songs, but the food was so unbelievable. We were sat next to the kitchen and we could see through to the chef’s preparing all the dishes. I ordered a black truffle pasta, which was so creamy and delicious. I highly recommend this restaurant. After dinner we went searching for after-dinner bars since it was still kind of early. We ended up walking along Rue Montorgueil, which led toward Les Halles, but somehow we completely missed this thoroughfare of restaurants and bars. It’s just what we had been searching for this whole time! Good food options! We got a drink at a random place, then ended the night with crepes!

Click through below to see all the photos from Day 3! 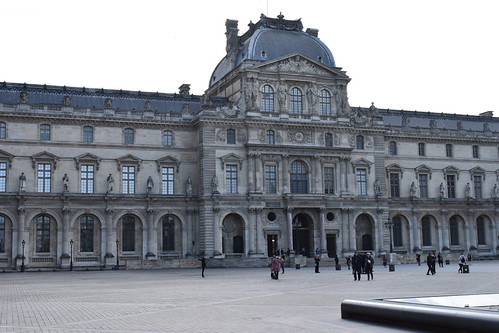